According to the SRBC's Paul Swartz in this article, everything is fine in the Susquehanna River's watershed.

Unfortunately, I disagree with Mr. Swartz. Everything is not fine. Day in and day out, we read about private drinking water wells being contaminated, roads being turned to silly putty by "mineral oil" spills, and gas wells catching on fire or exploding and spewing who knows what into the environment.

Without the "hydro", hydrofracturing would be a dead idea on some engineer's laptop. But, alas, the SRBC does not know how to say "NO".

When the outrage that is building reaches the tipping point, I would not want to be the SRBC, the DEP, a spokesperson for any of the companies responsible for these events, or the next governor of the commonwealth of Pennsylvania. 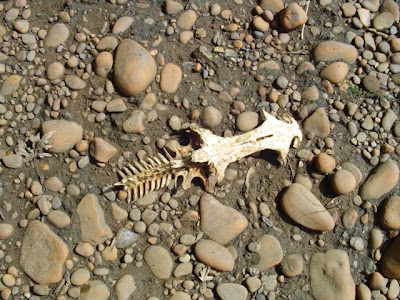