Be still my fracking heart. Remember this move under Mr. Hanger's reign?  If this guy runs on his real record, he's already lost.

Christmas has come early for this retiree.

This is going to be fun.

Posted by Renegade at Tuesday, November 27, 2012 No comments:

Silent Passages of My Soul

Brothers and sisters, I'm back.

It took a little longer than planned, as a lady named Sandy blew down some huge old trees that blocked the only access road to my cabin. My winch and chain saw will never be the same.

Over the past few months, I've spent a lot of time, alone, dwelling in some very dark places. The deafening silence that gave me comfort and solace also provided an epiphany for the days ahead. That journey, my friends, will not be for the weak-kneed or faint of heart.

For the record, I played no role in the recent revelations about the DEP failing to disclose contaminants in water supplies that were caused by drilling and fracking. None whatsoever.

Someone once called me a renegade. It stuck.

Posted by Renegade at Saturday, November 17, 2012 No comments:


To my fellow Renegades:

It seems like only yesterday that I started my first job after graduating from college. I bounced around quite a bit in the 70’s and early 80’s until I decided to hunker down and deal with the noise and nonsense that’s part of every job.

In just a few days, I will be officially retiring after 25+ years of being held hostage by the Commonwealth of Pennsylvania. That’s right, my fellow Keystone Staters; I am a soon-to-be-liberated insider, and I have stories to tell.

The current crew in command of the Rachel Carson Building are completely devoid of ethics and morals and, in less than a week, they will not be able to touch me. After dealing with the crap I’ve seen and documented many times over long before this post, I’ve got an axe to grind that Paul Bunyan and Babe would find impossible to hoist. I intend to hone that blade so fracking thin that people will bleed just by looking at it.

You want to know what’s really going down in Harrisburg behind closed doors?  Unfortunately, you’ll have to wait a little as I’m taking a few weeks off and heading north to parts unknown to decompress and rid my body and soul of the permeating stench that I’ve had to deal with since the last changing of the guard in Harrisburg - not that the one before was any more reputable.

I’ve long dreamed this day would finally arrive, and I found solace from the turmoil in many places along the way.

This was one of my favorites.

Out of the night that covers me,
Black as the pit from pole to pole,
I thank whatever gods may be
For my unconquerable soul.

In the fell clutch of circumstance
I have not winced nor cried aloud.
Under the bludgeonings of chance
My head is bloody, but unbowed.

Beyond this place of wrath and tears
Looms but the Horror of the shade,
And yet the menace of the years
Finds and shall find me unafraid.

It matters not how strait the gate,
How charged with punishments the scroll.
I am the master of my fate:
I am the captain of my soul.

Posted by Renegade at Friday, September 07, 2012 No comments:


Still here, my friends. Watching and waiting for someone to cross the line.

Everyone knows it's coming. Whether the guys in the black trucks with the blacked out windows do it, or a homeowner who's had one too many lies thrown their way - doesn't matter. It is coming and you can make book on it.

A few years back, I warned about the methane-laced bubbling waters yet to come. Just a few months after that post, the Susquehanna started bubbling near Sugar Run, PA. Nailed that one.

Now, unless you've been living in a cave, you know that the Towanda Creek valley in Bradford County is bubbling just about anywhere methane can find a spot to escape. People are getting sick from exposure to methane. And the criminals in Harrisburg are doing a massive cover up using our tax dollars to fund their crimes against humanity. And too many people are doing nothing. But that's another rant for another day.

Tripped across this blog in the past few days. Appears to be a newbie, but might be one to watch in the weeks ahead now that the gas industry wants to build a compressor station overlooking the Wyoming Valley. For us history buffs, the message is loud and clear and a rallying cry that is as pertinent and powerful today as it was over two centuries ago.

Mark my words: uncivil disobedience is just a shot away.

I Am an Armendariz

On Wednesday, fear nothing and no one.

Bring the house down. Kick Ass and Take Names.

We are with you.

Renegade
Posted by Renegade at Tuesday, June 05, 2012 No comments:


Unless you live under a bentonite-covered rock, you had to catch wind of the ongoing events near Leroy in Bradford County. What a fracking mess.

The thing that puzzles me is that it appears the DEP is trying to make people believe that mass of moving putty under the Sentinel's feet in this video is natural sediment pushed up to the surface by migrating gas. Now, to this untrained eye, there's a whole helluva lot going on at that site, and IMHO, that crazy dude is extremely lucky that quivering mass didn't give way underneath him. I hope he doesn't do that again.  I hope no one does.

Then again, I can think of a few folks from Chesapeake. And the DEP. And - - -

Anyway, the Sentinel and I have a love/hate relationship. I love the guy's balls-to-the-wall approach, and he hates me for being better looking than him and able to let my hair grow any which way I want. Dude, you'll get there sooner v. later. The hair, I mean. You ain't never gonna be better looking than me.

I called him a day or two back to catch-up on what was going on, and found him in a really foul mood. It would not be right to post some of the crap he shared with me, but I think this song ( what else ) kinda captures the essence of the rapid-fire repartee.


Hang in there, Dude. If you decide to walk away, I'll introduce you to my team of tonsorial cougars.


Several years ago, I attended a DEP public hearing in Williamsport about a frackwater treatment plant being proposed in the area. One of the people speaking out against the plant received a damn-near standing ovation. He's still actively blogging about the Susquehanna River, and this song reminded me of a part of his testimony where he implored everyone to come together and act as one to protect our commonwealth's natural resources.

My friend, don't let the b*st*rds wear you down.

All Things Must Pass

Renegade
Posted by Renegade at Sunday, April 22, 2012 No comments:

The View from a Gravelly Knoll 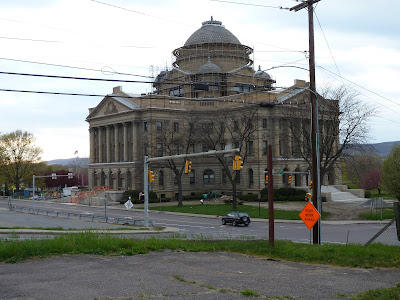 Any resemblance to actual events or locales or persons, living or dead, is entirely coincidental.
PLR
Renegade
Posted by Renegade at Saturday, April 14, 2012 No comments:

The View from A Grassy Knoll 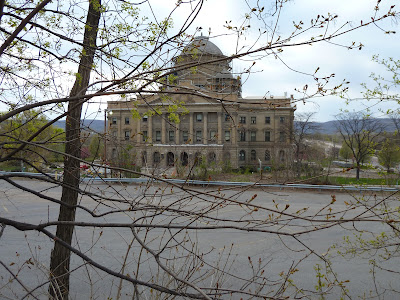 Any resemblance to actual events or locales or persons, living or dead, is entirely coincidental.
PLR
Renegade
Posted by Renegade at Monday, April 09, 2012 No comments:


Our bought-and-paid-for Governor Tom Corbett will be in Wilkes-Barre on Easter Monday @ the Luzerne County Courthouse @ 1 p.m.

The event is open to the public?!? I knew this guy wasn't the sharpest saw in the shed, but this drops him & his staff into the dungeons of duncedom. Then again, when one considers the history of dumb decisions and corruption in that building, he should feel extremely comfortable in every nook & cranny except the men's room.

Tom Corbett is not a champion of justice. In reality, he manipulates the scales of justice on a daily basis to meet the demands of the gas industry that bankrolled his campaign and to - in a manner of speaking - bury the people who didn't.

He is one vindictive mother. Remember this?

In checking out local blogrolls, it looks like others have caught wind of his upcoming visit. Could be an interesting start to the work week.

For those familiar with the corner of River and North:

Attendance is optional, but highly recommended.


Think about where we are today.


From a fairly credible source, I've heard that a fellow blogging brother has become involved in legal action. This is a huge mistake.
Posted by Renegade at Thursday, February 16, 2012 No comments:

I Lift my Lamp Beside the Golden Door


Just don't point your damn camera at me!!! 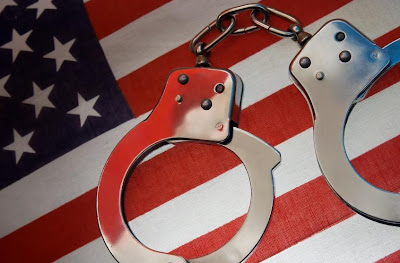 PLR
Renegade
Posted by Renegade at Thursday, February 02, 2012 No comments:

SRBC: Your Reign is Through

You can only ignore the will of the people for so long.

Renegade
Posted by Renegade at Saturday, January 07, 2012 No comments: