Chesapeake Energy: Redefining the Art of the Lie


I just love this quote - taken from the Philadelphia Inquirer - attributed to Chesapeake Energy's Brian Grove:

Brian Grove, Chesapeake's senior director of corporate development, said that snow melt and precipitation had overwhelmed the site's approved erosion and sediment-control plan and that the company had already halted work to take corrective measures.

Now, to repeat, the company had already halted work. That's past tense. Moving forward, check out this quote, attributed to PA's DEP, from the American Agriculturist:

A routine site inspection on March 8 turned up several infractions of the Clean Streams Law and the Oil and Gas Act. The company didn't respond to the notice. Then, March 21 and 22 inspections discovered additional violations and impacts that resulted in the shut-down order.

Now, if I got this timeline right, the DEP sent Chesapeake a notice of violations discovered during a field inspection on March 8th. Chesapeake ignores it. The DEP comes back a few weeks later and finds even more violations, and shuts Chesapeake down. And Brian Grove claims the work had already been halted. And, if you read any of the many other articles about this shutdown, the local ( Galeton - Potter County ) Water Authority had to find another source of drinking water for its customers thanks to Chesapeake's complete disregard for sediment and erosion control laws!!

Fellow Frackeroos, not only is this not right, it ain't passing the smell test, either.

I gotta call it like I see it. Chesapeake Energy and the rest of the natural gas industry doesn't give a rat's a$$ about you, me, ours kids or our grandkids ad infinitum. They don't. All they care about is profit, period. They'll suck our rivers dry and turn our commonwealth into the world's largest Superfund site and not    even    blink. The saddest part about this is that there are people out there who just don't get it - who actually believe paid shills like Tom Ridge and the rest of the Marcellus Shale Coalition when they say they care about the environment and our well-being.

I wonder what our new governor, and PA's former top cop, has to say about Chesapeake thumbing their nose at the DEP's March 8th notice? Considering he's owned by the NG Industry, probably not too much.

My fellow Pennsylvanians, I'll close with a passage directly from our commonwealth's Constitution:

Section 2.
All power is inherent in the people, and all free governments are founded on their authority and instituted for their peace, safety and happiness. For the advancement of these ends they have at all times an inalienable and indefeasible right to alter, reform or abolish their government in such manner as they may think proper.


What are we waiting for?

The True Cost of Freedom

Based upon recent news coming from Harrisburg, I thought it appropriate to post this message again.

We are but a heartbeat away.

I grew up catching native Eastern Brook Trout in Pine Creek on Joe Palooka Mountain. I remember catching a hook-jawed 14 incher in the pool on the northwest side of Route 309 above Kozy K over 30 years ago. I did cannonballs at midnight into its many cold, clear pools. I've been buying fishing licenses for over 50 years.

And now, I read the PFBC has joined the DEP and DCNR in enabling the last great exploitation of Penn's Woods to run roughshod over our land and waters. It seems the will of We, the People no longer matters.

This is not right. Frack the laws written by men with motives on their minds and corporate money stuffed in their pockets, THIS IS NOT RIGHT.

The time for civil discourse is rapidly coming to an end.

Peter: As one Renegade to another, you have my support. However, I think a motorcade of Harleys would be a lot cooler.
Tell our new Governor and his spokespuppets this is only the beginning.
Ride strong.

o=o   o=o   o=o   o=o   o=o   o=o   o=o   o=o   o=o
Dear Friends and Allies,
As I wrote to some of you before, I will be riding my bike ~110 miles to Harrisburg from my house in Pine Grove Mills to do my own small part to stand up to Corbett and the gas companies. It just seems like the right thing to do.
I will be joining an existing event on Wednesday, March 9th that PennEnvironment has organized. It is a protest of Corbett's budget and its utter lack of accountability around natural gas in general and about the severance tax in particular. Several organizations active on the issue will be there. It is at 1:30 pm (see and circulate attached flier). I should note that what I am doing is not intended to supercede that event in any way. Nor is what I plan to do after the event in any way sponsored by PennEnvironment or any organization. But it is a good place to meet other concerned citizens who might want to go with me one small step further.
The Corbett administration's actions for the gas industry are out of control. Two recent decisions pushed me to this point. The first was to yank DCNR's ability to assess potential impacts on state forest and park land and the second was gutting DEP's ability to monitor air quality from drilling sites. For me this is very personal because I love the forest. Every year I spend hundreds of hours in Rothrock, Bald Eagle, Moshannon, Tioga, Forbes, and Sprowl on my mountain bike, on hikes, and camping. Many of you have your own stories with our state forests.
It is also about the quality of our water and air and my hopes and fears as a father. Who wants to wake up and have your child bleeding from their noses because of toxic chemicals in their water. Who wants their neighbors sick from gas in the water. Who wants to breathe evaporating benzene? Not me.
I am riding my bike there because because it is better for the forest, for the person, for water, for air, for noise, for the climate, and for all of us than gas trucks, well-pads, natural gas, and frack water are. I am riding my bike because it means something better and brings me in touch with life and living. As a citizen of this commonwealth, the commonwealth's government should help me and my fellow common people to reach the common good.
So today I called the governor's office and asked to speak with Corbett. The staffer with whom I spoke was polite and listened to my grievances about shale drilling. I told her about the perception (some might say...fact) that Governor Corbett is governing for gas industry profiteers instead of for Pennsylvanians, their communities, their water, and our commonwealth's forests. She told me that all requests to meet with the governor have to be submitted in writing. I could not talk to him on the phone or just arrange a meeting no matter my concerns. I understand. You can't let just any yahoo in.
Okay. It will be delivered in writing.
After the budget protest I plan to go to the governor's office and request a meeting with the governor. Because I seriously doubt that they will just let me in to see the him, even if 5, 20, or 200 people went in with me, I will bring a letter requesting a meeting and submit it to the office. I will do this in person, with some insistence, instead of through the faceless email system or fax system. It will also be something of a prepared statement though i don't know that I will be able to read it.
The point, I suppose, is to put another real face to this. I am tired of this. I am worried. I am afraid. I am seeing and hearing too many angry and unheard people. I am also very motivated and believe that we must demand a better way for us, for water, for the forests. Letters aren't working. Protests keep failing. I write to my representative, Scott Conklin, and I get very short replies back and no solid action. My state senator, Jake Corman, is doing the gas industry's bidding. As I told the staff worker today, "We don't have the hundreds of thousands of dollars to buy access to governors or future governors. He HAS to talk with us. He is OUR governor."
So, I have to do what I have to do. If you would like to join the rally and then join me afterward to deliver my request for a meeting (and perhaps your own as well?), as individuals, I would love you to do so. It would be an honor to be joined by good people who deserve better. I suggest you bring letters requesting meetings too. Even if we have to walk away at the end of the day in Limbo, waiting for replies to our requests, at least we will have tried and started something new. Perhaps it will become something more. Maybe I'll end up looking like a complete fool.
I don't know. I just know that something must be done differently.
It is a modest goal. Please join me if you can.
Please forward this message to other concerned people and sympathetic press if you know any. People can RSVP to me here at peter.evolves@gmail.com
With great hope,
Peter Buckland
p.s. I will ride in rain or snow also. The only way I won't is if it's icy.
Posted by Renegade at Friday, March 04, 2011 No comments:

This could be fun.

The monotonous & metronomic message from the mouthpiece of the Marcellus Shale Coalition is really starting to grind on this old geezer's tympanum. Her reaction to the NY Times expose' was both quick and predictable. 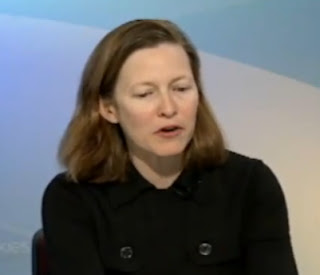 BLA BLA BLA BLA BLA.
She needs some fresh material - like the truth.
To the residents of the Marcellus Shale Zone: The people of Wisconsin got it right.
When will you finally "get it"?
There is strength in numbers.
GET IT?!?! 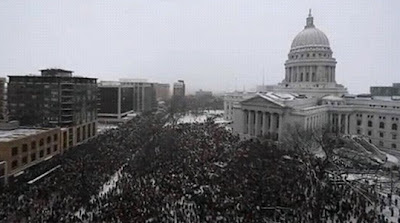