Frightened by this thing that I've become

Crank it up and follow the rhythm to wherever it takes you.


And my oh my oh my; the natural gas industry's fangs and claws are out. What a bunch of whiners.

Too bad the cast of characters at the Marcellus Shale Coalition and their $75,000 per month advisers just don't get it. The more publicity they bring to Gasland and the Oscar it is in the running for, the greater the probability it will win. Seriously, where do they get these people? Strategic thinking definitely isn't their strong point.

I'm guessing the senior executives at Chesapeake, Cabot, Range Resources and the MSC get nice bonuses as part of their annual compensation packages. I wonder if there is an added incentive for coming up with the most believable lie. If there is, they all should be in a position to retire right about now.

By the way, in case you missed it, there was another "minor" gas well blowout in one of PA's state forests a few days back. Talisman Energy is the guilty party this time. And in case you forgot, Talisman was fined earlier this month for a diesel fuel spill at another PA site. Can these people do anything right?

Read more about it here. And here.

Minor my fracking keester.
Posted by Renegade at Wednesday, January 26, 2011 No comments:

Heartbeat of the Renegade

My fellow renegades at heart:

Crank up the volume and close your eyes.

Don't worry about the landing...


As our incoming Governum-num puts together his cabinet prior to his inauguration on the 18th, I am not at all surprised by his selections. Lawyers with ties to the energy industry, lawyers I know personally whose firms contributed big bucks to his campaign coffers, and my favorite to date; a 36 year-old Energy Czar with a degree in political science and whose last position was a high level aide to PA's Environmental Antichrist - Senator Mary Jo White. I'm sure he'll do just fine, as long as he goosesteps beat and measure to the tune played by Toxic Tommy and the team he's assembled.

My fellow Pennsylvanians, I am hearing the growing undertones of uncivil unrest starting to rumble throughout the commonwealth, and although my hearing hasn't been the best since my last Grand Funk RR concert, I believe we cyberscribes are on point. Tommy has gone after bloggers once before, and he immediately discovered he had waded into a whirlpool of quicksand with no bottom and no escape save an immediate retreat. With the international focus on the Marcellus play, the stakes are now higher and the pit is much deeper. 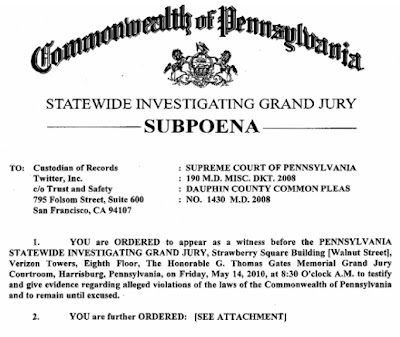 I'm sure as our new Pied Peeper Piper's plan becomes evident to all, the resultant deafening uproar will make the 1960's look like a fourth-grade slumber party at a parish school gym.

We should take comfort in knowing the world is watching. 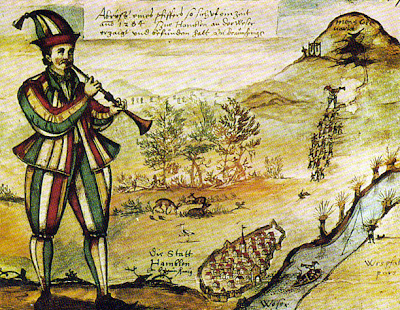 I wouldn't miss this for all the guilt gelt in Canonsburg.

The Dreams in Which I'm Dying

When will we all stop running in circles and...
start moving forward?
PLR
Posted by Renegade at Saturday, January 08, 2011 No comments:

From: The Unanimous Declaration of the Thirteen United States of America

"When, in the course of human events, it becomes necessary for one people to dissolve the political bands which have connected them with another, and to assume among the powers of the earth, the separate and equal station to which the laws of nature and of nature's God entitle them, a decent respect to the opinions of mankind requires that they should declare the causes which impel them to the separation.
We hold these truths to be self-evident, that all men are created equal, that they are endowed by their Creator with certain unalienable rights, that among these are life, liberty and the pursuit of happiness. That to secure these rights, governments are instituted among men, deriving their just powers from the consent of the governed. That whenever any form of government becomes destructive to these ends, it is the right of the people to alter or to abolish it, and to institute new government, laying its foundation on such principles and organizing its powers in such form, as to them shall seem most likely to effect their safety and happiness. Prudence, indeed, will dictate that governments long established should not be changed for light and transient causes; and accordingly all experience hath shown that mankind are more disposed to suffer, while evils are sufferable, than to right themselves by abolishing the forms to which they are accustomed. But when a long train of abuses and usurpations, pursuing invariably the same object evinces a design to reduce them under absolute despotism, it is their right, it is their duty, to throw off such government, and to provide new guards for their future security. " 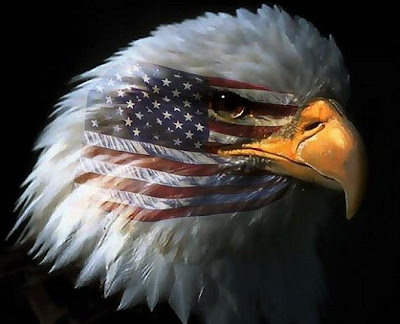 I've had just about enough of the slap-happy circle jerk going on out "there". To put it plainly, there ain't no room for "nice" in this rumble.
NONE.
Kumbaya Korner this ain't, and you can look for poetry and recipes elsewhere.
And in case you're wondering...YES.
PLR
Posted by Renegade at Thursday, January 06, 2011 No comments: